Now ladies, I’d like to point something out, said so eloquently by Dr. Phil the other day (and paraphrased here): “Guys really do look for a way to ride in on their white horse and impress you.” My younger Self would’ve cringed at this, and argued strenuously: women and men should be equals, and themselves, I would’ve said. No one should have to put on a show to get someone’s attention, nor should a female look to a male for aid or rescue. But since then I’ve learned a thing or two.

Modern women are typically raised to be Self-sufficient and Self-reliant, and we can, by virtue of our own sense of responsibility and competence, push men away. Now, I’m not advocating behaving artificially, becoming a swooning flower the second you’re within proximity of a male; instead I’m saying that some of those things we’ve developed to help us cope with the world at large don’t necessarily serve us in allowing a relationship to develop. If we become conscious of these barriers, we’ll be able to apply them when they’re needed, and bring them down to allow intimacy.

Men (or anyone animus oriented) is programmed to pursue: the wooly  mammoth, the great job, the girl.  Part of this pursuit mentality is a need to be ‘the acter,’ rather than ‘the acted upon.’ That means that a man must continue this pursuit energy even after he’s made contact, and gotten your attention. It’s this energy that prompts a man, when you are simply sharing your worries, thoughts, or concerns, to immediately want to jump up and ‘fix’ the problem–you’re venting, and he’s heading directly for a solution that lets everyone sit back and relax, upset solved. Along with the need to act comes the need to feel effective in that action–and what makes a man feel more effective than when he can do something for the woman he loves, and be appreciated for it?

I don’t say this lightly, as I’ve actually seen men turn away from women who loved them completely but who were unable to show the kind of interdependence and vulnerability that those men needed to have in the relationship; and who did they turn to? Uniformly, they turned to women who knew that the greatest compliment is to be needed. Of course, we’re not talking about the relationship equivalent of babysitting, but an openness to and appreciation of what the man has to offer.

Astrologically we likely find these barriers as energies related to the 1st, 2nd, 5th, 7th, or 10th; if they’re in the 12th, they may be in the way, but will be much harder to deal with, and may permeate the life in ways we’re unaware of. 12th House energies will be so much part-and-parcel of who we (unwittingly) show others that a man who’s attracted will already be aware of these, so we’ll leave them out of the discussion.

First let’s look at the energies that can create problems. Saturn can have us building walls and putting up barriers 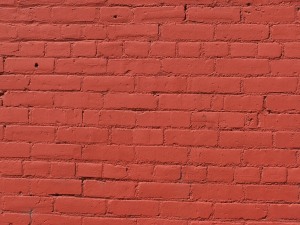 without reason, while Neptune may cause us to hide in a fog of confusion, dishonesty, or behind an illusion of who we are, and Pluto can make us compulsively destroy another’s ego or the relationship itself, while Uranus makes us rebel the moment something gets going. Of course, these must be configured in particular ways to act as described, most often when contacting a personal energy, and aspect type and signs will have a great deal to do with actual manifestation.

The 1st is probably the most crucial and most dynamic position for any of these; if one of them rules the Ascendant your ‘first meeting’ face may present a hard to delve behind persona to a potential mate. An energy placed here makes a statement, “I am ‘x'”–and unless we have ‘x’ under conscious control, we can keep even the most interested guy from approaching. In the 2nd the energy becomes about Self-image and Self-worth; we may be down on ourselves, or present this energy as a deep flaw that defines the sense of who we are. With the 5th we may see this a component of romance, and not realize that everyone else doesn’t see things that way, while with the 7th we may project the energy onto the mate, believing we don’t have that–and look at how I attract bad boys! we then marvel. Related to the 10th the barriers may be status or role/ profession related, or they may be part of the reputation, whether truly present in a one-on-one relationship or not.

If we become conscious of these energies, we can learn to make our responses fit our desires. For example, I have Uranus ruling my Ascendant, with Uranus in the 6th conjunct the Descendant; if I wasn’t leaving the guy, then he was leaving me. Once I finally realized that my tendency to behave as if my freedom was being stolen the second I entered into a relationship was sabotaging my happiness, I was able to rein it in, with the added bonus of letting my uniqueness shine without fear–when I learned to say, ‘I am what I am’ and love it, I attracted men who truly liked me, and I no longer felt the need to bolt once things became solid between us.

So, tell me, ladies, what’s your barrier? And how do you cope with it?